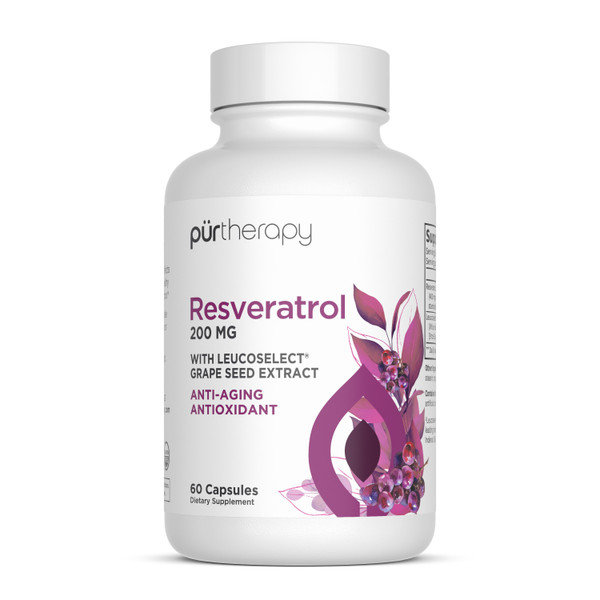 Resveratrol is a polyphenol that is found in several plants including the skins of red grapes, blueberries, and to a lesser extent in peanuts. Resveratrol is produced by the plant for protection against environmental stress such as ultraviolet radiation, fluctuations in temperature as well as microorganisms like bacteria and fungi. Its potent antioxidant and cardioprotective properties have been well documented. In addition, scientists have discovered that resveratrol has the ability to activate a family of proteins known as Sirtuins. Sirtuins are a unique class of proteins whose activity is closely associated with lifespan. These proteins play a significant role in several biochemical and physiological processes in the body. Most recently, resveratrol has been shown to have a significant effect on a particular Sit ruin protein known as SIRT-1. This protein, when activated, helps regulate important aspects of cellular function, particularly that of the mitochondria-the energy powerhouse of the cell. Mitochondrial function has been linked to aging and disease. Resveratrol, by activating the SIRT-1 protein, may potentially mimic the well-established anti-aging effects of a very low-calorie diet. The combined effects of resveratrol help promote optimal health and healthy aging, by supporting normal, healthy cellular function.†

SUGGESTED USE: As a dietary supplement, adults take one (1) capsule, one to two times daily with meals or as directed by the health care professional.

Store in a cool dry place and away from direct light. KEEP OUT OF REACH OF CHILDREN.