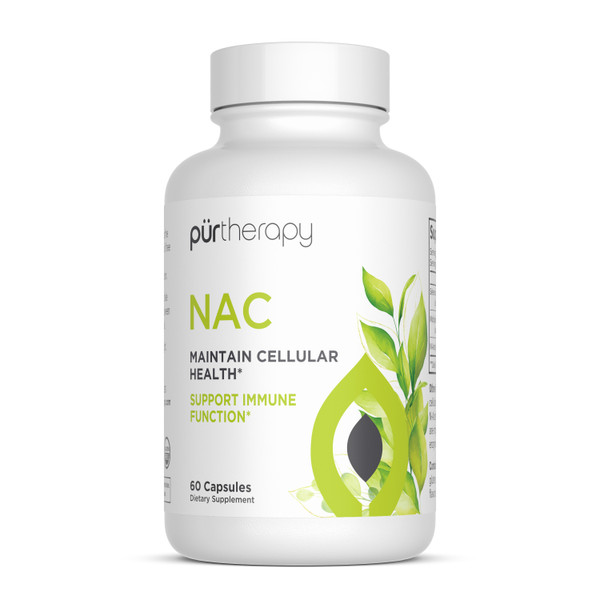 N-acetyl cysteine (NAC) is a source of the amino acid cysteine. The body is capable of making limited quantities of cysteine, which is used to manufacture the body’s most powerful naturally made antioxidant, glutathione. Glutathione is an important component of antioxidant enzymes, as well as an essential component of the liver’s detoxification processes. NAC has been shown to be more efficient at supporting higher glutathione levels than supplemental glutathione itself. NAC helps protect the liver from the potentially harmful effects of free radicals which are generated during metabolism, found in our environment, and those derived from the metabolism of alcohol and certain medications. Selenium and molybdenum are included as essential cofactors. 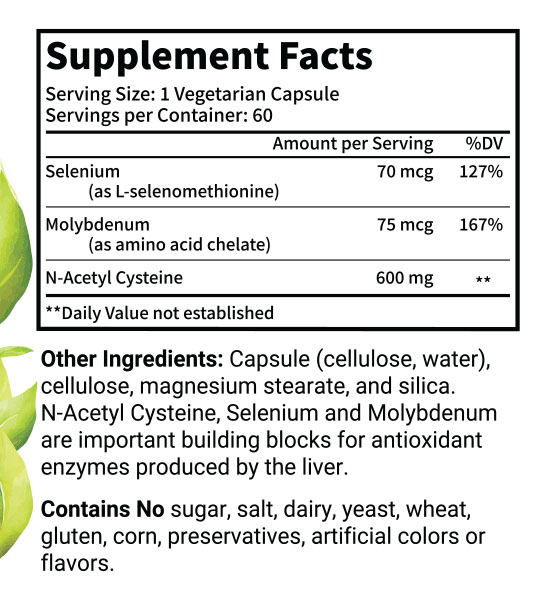 Suggested Use: As a dietary supplement, adults take one (1) capsule, two (2) to four (4) times daily between meals, or as directed by health care professional.

Store in a cool, dry place and away from direct light. KEEP OUT OF REACH OF CHILDREN.