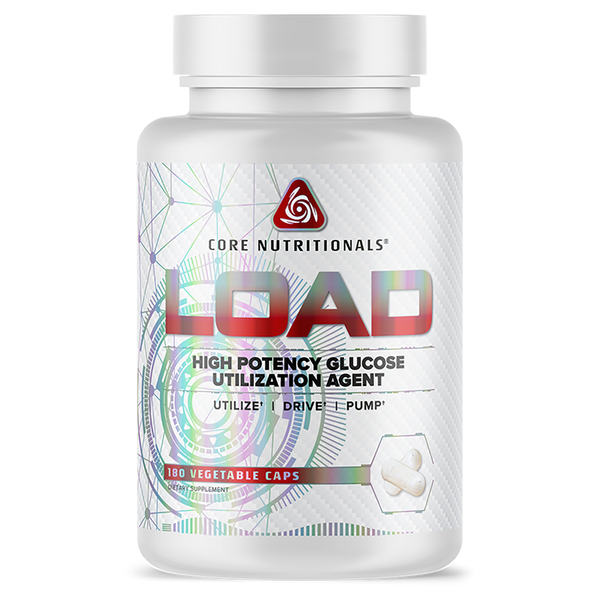 We suggest that every other GDA bend the knee.

With the advent of Core LOAD, Core Nutritionals has effectively changed the meaning of glucose-disposal agent (GDA). While most GDAs on the market are single-pathway or single-mechanism formulas with sub-clinical serving sizes, Core LOAD targets multiple pathways and mechanisms through either clinical or supra-clinical serving sizes. And most importantly, Core LOAD reaches these pathways through several non-redundant key ingredients that surgically target both glycogenic (glycogen-creating) and lipolytic (lipid/fat tissue-mitigating) pathways.

Core LOAD’s success as a GDA is due to its key ingredients – and specifically, the major pathways of glycogen storage and lipid metabolism they alter. Specifically, increasing the translocation of GLUT4 from the cell nucleus (its inner portion) to the periphery (its outer portion), thereby increasing the transportation of glucose into the cell; by inhibiting PPAR-Gamma2 and other critical lipogenic/lipolytic genes and gene pathways; by altering the response to glucose ingestion at the cellular level; and by altering other critical messengers in both the glycogenic and lipolytic pathways.

While other GDAs may target similar pathways, Core LOAD contains several ingredients that target these pathways through several different, non-redundant mechanisms. Essentially, we have taken every possible step to maximize your body’s glycogen storage, rather than relying on a single ingredient approach. Perhaps more importantly, we have utilized ingredients such a CGA (chlorogenic acid – a component of green coffee extract) in ways and serving sizes that blow the competition away. While serving sizes as small as 300mg of GGA have been shown to assist in healthy weight management, we included a savage 2g serving! That serving is also anywhere from 3-10x the serving size found in clinical research assessing CGA’s impact on glucose homeostasis and glycogen formation.

Now, the critical question, not just for CGA, but for all glucose disposal agents is this: why is “disposing” of glucose important? What does that even mean. Let’s break this down in two ways. Let’s consider the first way as (attempting) to increase lean tissue; and the other avoiding non-lean tissue. When you consume carbohydrates, your body breaks those carbohydrates down until they eventually reach the plasma (blood) as glucose – blood sugar. Blood sugar is then diverted to cells for consumption in bodily processes.

Our bodies divert glucose to both muscle cells (good) and fat cells (bad). In terms of the good, lean tissue-increasing effects, the key ingredients in Core LOAD will assist your body in creating glycogen. Think of glycogen like NOS for a car: a car can certainly run on fuel alone, but adding NOS to the mix greatly boosts the vehicle’s speed. For short bursts of maximal or near-maximal effort exercise, glycogen functions as your body’s fuel source – in addition to filling muscle bellies to provide them a “full,” 3D look. Maximizing glycogen storage also acts like an insurance policy against lipogenic (fat tissue-creating) action: the more glycogen stored in muscle, the less glucose shuttled to adipose cells or to the liver.

In terms of the bad, your body also diverts glucose to adipose (fat) cells – but not for energy consumption, but energy storage. Consider fat cell’s the long term storage bunker of your body: your body puts glucose there to withdraw it in times of need. Core LOAD’s key ingredients inhibit the process in non-redundant, synergistic ways – from inhibiting glucose uptake at the gastrointestinal level (to stabilize plasma glucose, which diminishes uptake in adipose cells) to diminishing the activity of key lipogenic (fat mass increasing) genes.

When you combine both of these two kinds of action, you get Core LOAD: the new king of GDAs. We suggest that every other product bend the knee. 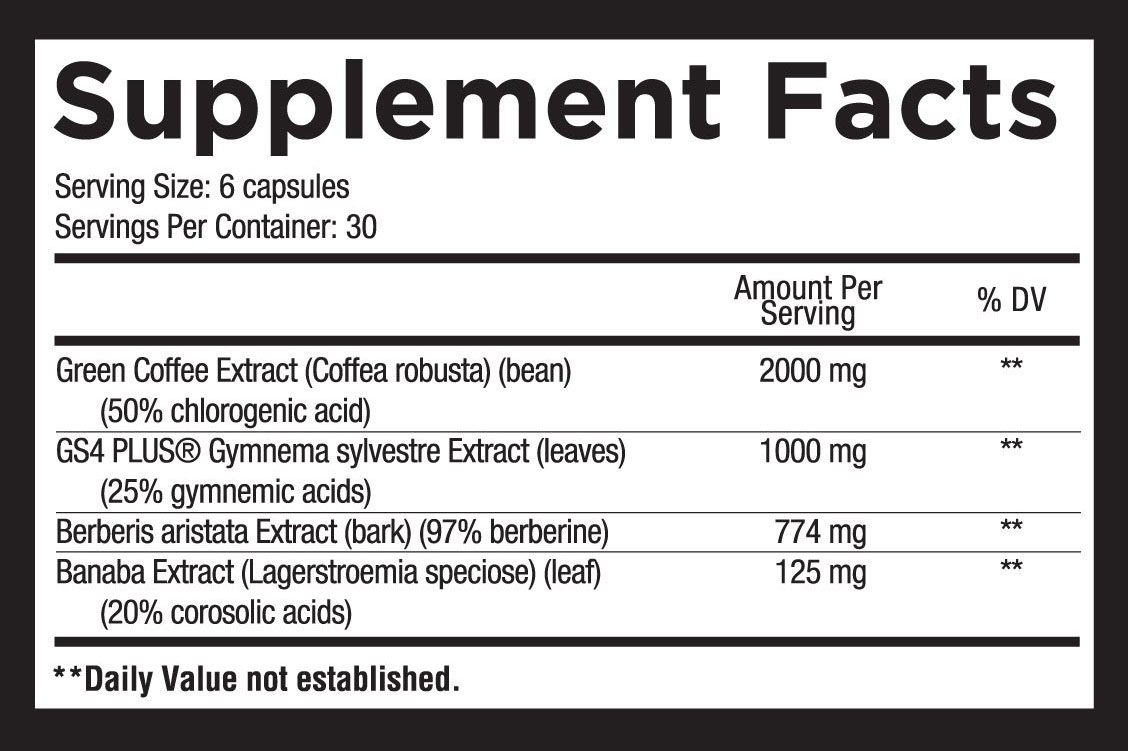 Core LOAD is a potent glucose utilization agent and should only be taken when ingesting a sufficient amount of carbohydrates. Take 1 serving (6 capsules) at least 30 minutes before or no more than 60 minutes after a meal containing 80 grams or more of carbohydrates. For meals containing less carbohydrates, take a half serving (3 capsules). Do not exceed to 6 capsules in a 24 hour period. Do not use for longer than 8 continuous weeks without taking a 4 week break.